Hellraiser: Judgment is a Hellraiser film. It is the tenth installment in the franchise. It was released on February 13, 2018 on Blu-ray and DVD.

Detectives Sean and David Carter are on the case to find a gruesome serial killer terrorizing the city. Joining forces with Detective Christine Egerton, they dig deeper into a spiraling maze of horror that may not be of this world. 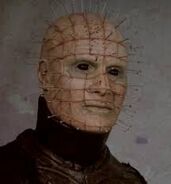 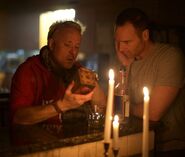